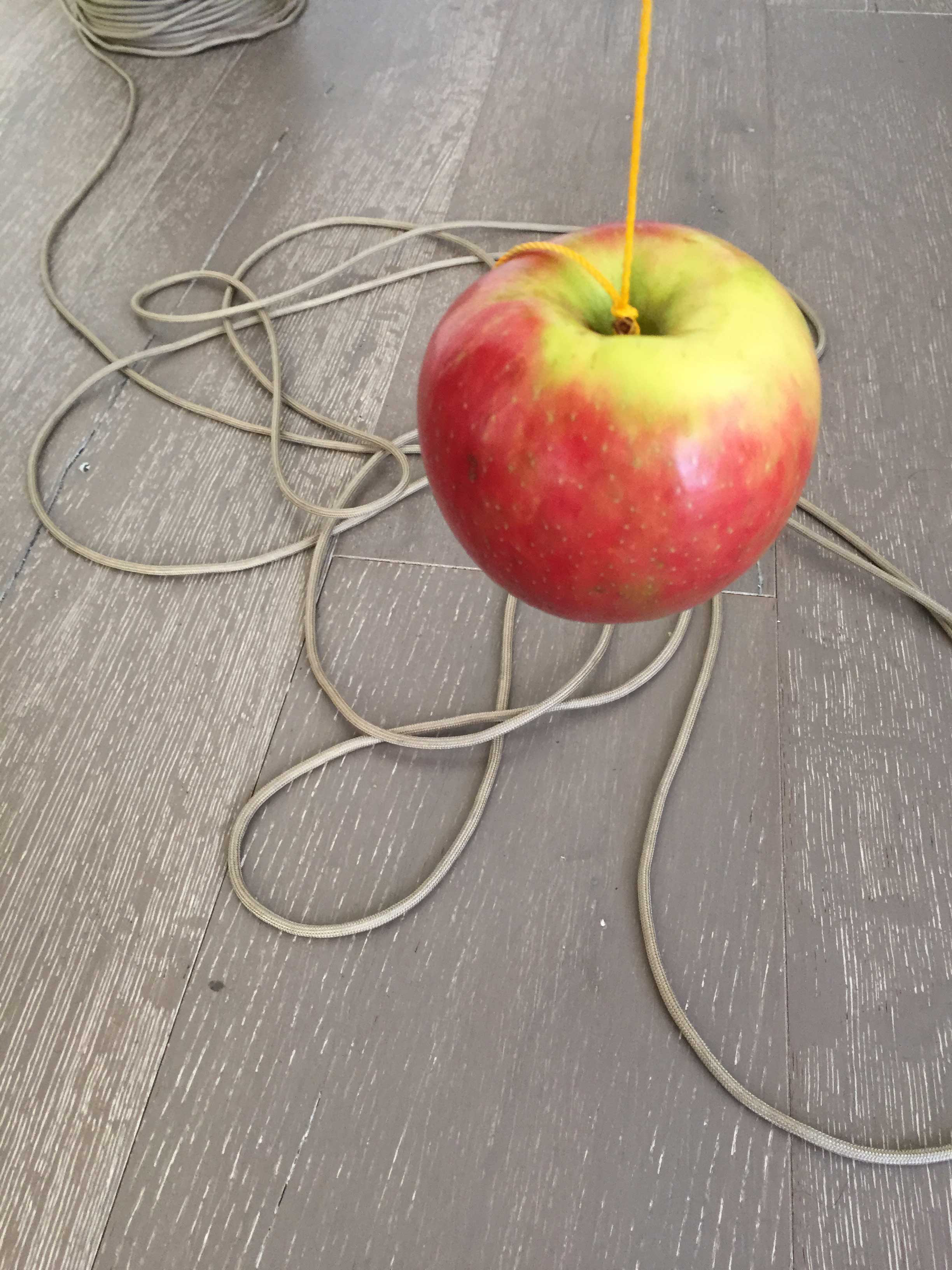 The Boston–based performance artist Sandy Huckleberry will be at the National Portrait Gallery to present KNOW as part of the museum’s IDENTIFY: Performance Art as Portraiture series.

Over the course of her thirty-year career, Huckleberry has gained acclaim for performances that encourage new ways of thinking and inspire connections between the audience and performer. KNOW will not be an exception, as it too aims to achieve Huckleberry’s goal of inviting an “infinite possibility of meanings and interpretations.” Through a combination of careful planning and voluntary, in-the-moment audience participation, Huckleberry will address women’s struggles and strength through asking—and maybe even answering—questions such as: “What do we think we know?” and “What is beyond our control?”

In preparation for her performance, we asked Sandy to tell us a little more about herself and her artistic practice.

NPG: How did you become interested in performance art?

SH: I could pinpoint several moments, but to choose when I started thinking intellectually about performance? My years at Smith College. A lot of striving Artemises [there]. At Smith, I studied choreography with Susan Waltner. It was there that I was exposed for the first time to artists like Trisha Brown, Merce Cunningham and his collaborations with John Cage, Meredith Monk, and Steve Paxton. I was also listening to people like Grace Jones and Laurie Anderson. That really opened my mind up to what was possible in terms of performance. I began making dances with non-dancers, using text, video, sound, and objects. Then, when I was living in Portland, Oregon, after college, I did a collaboration at Pacific Northwest College of Art, where I worked, with some of the students there and a friend who had done performance, and I realized “Ohhh, this is what I’m doing!” After that, I went back to school—to the School of the Museum of Fine Arts at Tufts because it had a great performance department at that time.

NPG: When you are formulating a new performance, where do you start?

SH: I usually start with either the location or the context of the performance. What’s the history of the place I’m in? What are we here for? I often get inspired by the building or surroundings of the place where the performance is going to occur. In terms of process, I use the amount of time I have. If I have a month, I’ll take a month. If I have a year, I’ll take a year.

NPG: When there is audience participation in a piece, as there is in KNOW, what do you look for in a participant?

NPG: What do you hope people will take away from your work?

SH: Something to think about, a bit of sand to turn over in their minds until they make a pearl of it. And, hopefully, all the pearls will be different!

NPG: How do you feel about the documentation of performance art?

SH: My favorite way of learning about a performance is by having a conversation with someone who either went to the performance themselves or heard about it from someone. I love the layers of audience memory in the recollected story of a performance. And even when you’ve been present at a performance, the meaning it has for you unfolds over time, sometimes years later resulting in an “aha!”

I don’t mind looking at good photographs of a performance, but I know from experience that those can be deceptive. There are those who do performance specifically for photography, and that’s not a bad thing, it’s just not what I’m looking for from performance. I am more interested in what the performance feels like to witness and in the energy created by the focused attention on the task by the performer and the audience.

NPG: There is a large element of the unknown in your art, how does that impact the way you approach performance?

SH: Going into the unknown together is the reason we’re here.  Wrestling with the content and being attached to the outcome, staying present with a performer while they’re making decisions, and, hopefully, rooting for them, is what makes the performance.

NPG: Finally, what is the best piece of advice you’ve been given?

Note: The artist’s responses have been lightly edited for clarity and conciseness.

KNOW has been organized in partnership with the national “Now Be Here” program, which celebrates American artists who identify as women.